Milos is a volcanic Greek island in the Aegean, located in the north side of the Cretan Sea. It is said that the name comes from the word "Vilos" which evolved into "Milos" and means "sheep".

It has been inhabited since prehistoric times and has contributed significantly to the mining wealth of our country. For this reason, it is worth visiting the Sulfur Mines located on the east side of the island. It has been 50 years since the mining of sulfur took place, and time seems to have left everything unchanged. The ruins of the facilities, with all sorts of tools and objects, such as wagons and rails carrying sulfur in ships, bear witness to the entire process of the profession. The sea at this location is infused by thesulphur geological properties, enchanting every visitor with its yellow hue and its crystal clear waters.

Another well-known attraction is the Venetian castle of Milos that it was built in the 13th century, and situated on the top of the hill, where Plaka, the capital of Milos, is located today. Around the castle you will find the castle-city and several churches. Among them are the Assumption of Virgin Mary or Panagia Skiniotissa, as well as the church of Panagia Thalassitra.

Noone should miss the opportunity to visit the Milos Catacombs, which are the first great community cemetery of the early Christian years. The Catacombs, apart from a cemetery, were a place of worship, evidenced by the piece of rock that has been left in the middle of the gallery B to serve as an altar.

Archaeological findings and museums complement the historical sites of the island, proving its rich culture. The Ancient Theater of Milos is one of the most important archaeological landmarks on the island that you simply must visit either for some of its performances or even if it’s just for a morning walk before going swimming.

The famous statue of Aphrodite of Milos, which is now in the Louvre Museum (Paris), was found in Milos in 1820. Milos’ archaeological museum in Plaka features a copy of it. Because of the existence of this statue of Aphrodite, it is believed that she was the goddess of worship on the island and has thus been linked to the inspiring beauty of Milos island.

Next to the main road in the direction of Pollonia, you can visit one of the most important archaeological sites in Greece, the ancient settlement of Fylakopi. Visitors have the opportunity to admire the cyclopean wall of the settlement that is preserved until this day, as well as the Sanctuary and the Megaron (Mycenaean type palace). The Archaeological Museum of Milos hosts many samples of ceramic art from the town of Fylakopi.

Due to the volcanic origin of its land, Milos has an impressive morphology and thus, a variety of striking beaches found nowhere else in Greece. You will visit both sandy and pebble beaches here, plus beaches with a strange lunar beauty about them that will be find simply breathtaking. In any case, the alluring, crystal clear, clean water of the island and the infinite beauties of its multifaceted beaches offer a totally unprecedented experience.

You should not miss the chance to visit every single of its famous beaches such as:

Finally, Milos is known for its picturesque island settlements. Klima, Mantrakia, Fyropotamos, Areti, Agios Konstantinos, Fourkovouni and Empourios are the main traditional settlements of Milos and are small fishing ports whose colors and picturesque appearance are truly impressive. A special feature of some of these settlements is the "syrmata", a kind of cave-like accommodation built into the rocks by the sea, and painted with intense colors, initially used to protect the fishing boats that later turned into residential and summer huts. 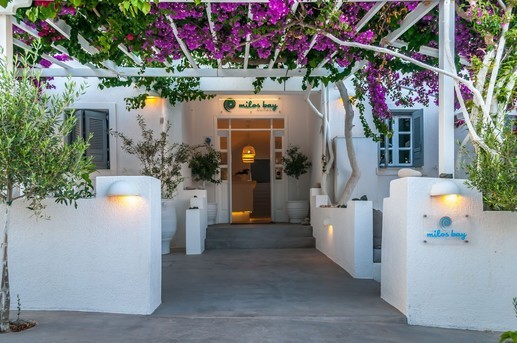 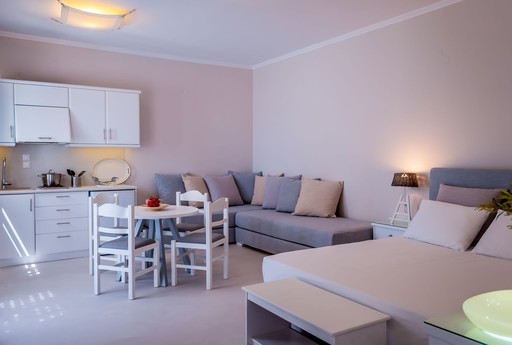